To share your memory on the wall of Major Nellie Craddock, sign in using one of the following options:

Friends will be received at The Salvation Army North York Temple, 25 Centre Avenue, (just east of Yonge Street) North York from 11:30 am until service time at 1 pm on Wednesday, May 1st, 2019.

Followed by Cremation at Riverside Crematorium. Burial of cremated remains will be at Mount Pleasant Cemetery at a later date.
Read Less

Receive notifications about information and event scheduling for Major Nellie

We encourage you to share your most beloved memories of Major Nellie here, so that the family and other loved ones can always see it. You can upload cherished photographs, or share your favorite stories, and can even comment on those shared by others. 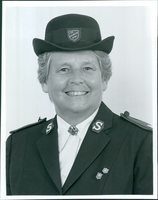 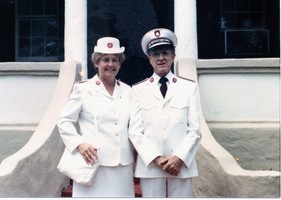