To share your memory on the wall of Joseph Visconti, sign in using one of the following options:

Joseph was born in Monteleone di Puglia Italy. At the age of fifteen, his father died; an event that would shape the course of his character. With his two older brothers (Rocco and Giovanni) away at war, it was left to young Joseph to manage the farm and household. He and his older sister (Incoronata) worked the land to put food on the table for the family. He would look after his mother (Angelina) for the rest of her ninety-seven years.

He was the first in his family to emmigrate to Canada in 1951 at the age of twenty-three. Once here, he worked very hard to, within a year, buy a house and begin the process of calling over his mother, brother Giovanni (Giuseppina), and two sisters, Lina (Mike) and Rosa (John). After making a home for himself and his family, he turned his attention to himself and at the age of thirty-one he married Guiseppina his wife of fifty-nine years. They had two children Santo and Angelina.

Joseph was a man of tremendous courage, moving to a new land without money, without a formal education, without being able to speak the language and without having met a single person there. He had incredible self-confidence and self-discipline. His ability to work was awe inspiring and his tolerance to pain almost not human. When combined with his perfectionism and selflessness, his strength of character made him unlike anyone else.

He lived a simple life. He didn’t take vacations or go out to eat. He took great pride in his vegetable garden and fruit trees.

Living in the shadow of such a man is never easy. His expectations of you were as those he set for himself, almost impossible to achieve. But there was never any doubt of the unbreakable love he had for his family. First his mother and siblings and then his wife and children and grandchildren.

He leaves an incredible legacy. How many lives have been affected? He was a proud Canadian for sixty-eight years and by extension many of us now call Canada home because of the courage, love, and strength of character of the young man that decided his family needed a better life.

In Lieu of flowers the family would appreciate donations be made to the Dorothy Ley Hospice.
Read Less

Donations are being accepted for: THE DOROTHY LEY HOSPICE.

We encourage you to share your most beloved memories of Joseph here, so that the family and other loved ones can always see it. You can upload cherished photographs, or share your favorite stories, and can even comment on those shared by others. 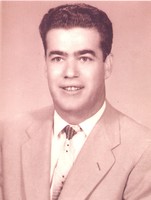 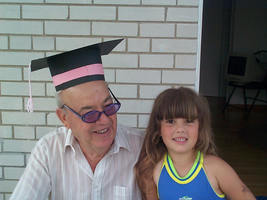 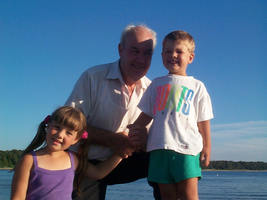 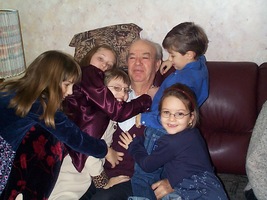