To share your memory on the wall of Mario Fanni, sign in using one of the following options:

Even though Mario was born with downs syndrome, he lived a very active and engaged life. For instance, he played baseball, hockey, bowling and soccer, in addition to taking part in many outdoor activities, including hiking, biking and swimming. Mario loved the water, and his niece and nephews fondly remember spending years horsing around with him at Wasaga beach. Even when his siblings went skiing, Mario would willingly follow along for the adventure. He became a fixture of Centre Street, constantly riding his bike around the block and befriending many of the neighbours - he would never be found sitting still.

Mario would be excited to get involved in any activity, and this persistent enthusiasm made him many friends: no matter who you were, Mario would greet you with a handshake, a smile and a “hi.” He joined the family in becoming involved in the Italian Cultural Centre of Brampton, where he would help clean tables, stack chairs, dance and greet guests with his characteristic warmth during the Carabram Festival. Mario brought this dedication to his workplace, working at Norpak for nearly thirty years, and he also made many friends playing hockey with the Brampton Battalion special-needs team, attending many of their tournaments throughout Ontario and the United States. Pepe, Bobby, Josh and other teammates can remember Mario’s nonstop skating up and down the rink.

Mario also accompanied the family to Italy numerous times, where he loved to visit his extended family,
becoming avidly involved in rural Italian life - the fruit orchards were a particular favourite of his, and he would follow his aunts and uncles around the farm to help wherever he could. Being helpful was one of the main ways Mario kept himself involved in the lives of those he loved: setting tables, shucking beans, picking apples were just some of the many parts of Mario’s active routine. Mario was inseparable from his mother, Angela, and they could often be spotted throughout Brampton visiting bakeries, hockey
rinks and parks.

Mario’s endless enthusiasm for everything that life brought, from the mundane to the unique, inspired everyone who was blessed enough to know him. As a result, Mario was deeply loved by his family and community, and the wry smile, firm handshake, and mischievous antics that became such staples in their lives will be greatly missed. The warmth and humour he brought to the lives of his sister, Paula (Nick), his brothers Walter (Sherry), Johnny and Robert, his niece Rebecca and his nephews Zachary and Brandon will remain with them forever.
Read Less

Receive notifications about information and event scheduling for Mario

We encourage you to share your most beloved memories of Mario here, so that the family and other loved ones can always see it. You can upload cherished photographs, or share your favorite stories, and can even comment on those shared by others.

Posted Jun 12, 2019 at 07:11am
Our thoughts and prayers during this difficult time for the Fanni family on behalf of the Ministry of Consolation and Hope Ministry at St. Mary's Church. We are here for you today and anytime after, should you need us.
Comment Share
Share via:
JB

Posted Jun 10, 2019 at 11:04pm
Though we did not know Mario, we knew much about him through his devoted family. He was so blessed to have a mother and siblings who so beautifully demonstrated their love for him faithfully throughout his life.
Our condolences to you,Walter. You have been a rock for Mario, and his buddy. To you and all of your family we send our prayers and admiration.
Bob and Judi Eames
Comment Share
Share via:
B

Posted Jun 10, 2019 at 04:11pm
I had the opportunity to work with Mario at Norpak. His smile was infectious and was always keeping busy and others.
My condolences goes out to his family.

Posted Jun 10, 2019 at 12:44pm
My deepest condolences to John and your family. Mario was an angel on earth, and now he can be with his Mom for eternity.
Audrey Davidson
Comment Share
Share via: 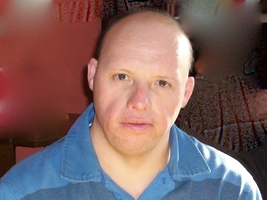