To share your memory on the wall of Saul Litman, sign in using one of the following options:

We will miss his dry sense of humour, quick wit and wisdom. He is a role model for many; a kind, honest, reliable, and humble person. Sol was a gregarious person who was always willing to do for others. He was well-known for his craftsmanship in making cabinets and furniture, unique jewellery boxes, musical instruments and wooden clocks, but he truly excelled at making friends. He was also a mosaic artist, champion bowler, and an expert pancake and latke maker. He was charming, a flirt and a supreme kibbitzer.

He served Canada with pride as part of the Canadian Armed Forces in Britain and Italy during World War II. He was wounded in Italy and received several medals.

Sol moved on peacefully while he slept on June 10, 2019. He would have been 97 this coming November. According to Sol’s wishes, cremation has taken place. A Celebration of Life is planned for Friday, June 28, from 1-4pm at Peel Art Gallery, Museum & Archives (PAMA), located at 9 Wellington Street East, Brampton, ON.

“You always made us laugh.” To paraphrase Winnie the Pooh, “How lucky we were to have had someone who makes saying good-bye so hard.” Sol, we will miss you so!

In lieu of flowers, donations to the charity of your choice would be appreciated
Read Less

Receive notifications about information and event scheduling for Saul

You will receive any future notification messages.
No funeral details available.

We encourage you to share your most beloved memories of Saul here, so that the family and other loved ones can always see it. You can upload cherished photographs, or share your favorite stories, and can even comment on those shared by others.

Since Saul worked with wood so beautifully and enjoyed it so much, I hope you'll agree that planting a tree in his memory is an appropriate memorial.
Very sincerely,
Carole Edgar #1009

What a lovely and appropriate tribute to our father and your friend! Thank you!
DW

Posted Jun 19, 2019 at 10:11pm
I will miss Saul, he always had a witty saying and was always willing to fix things for anyone in the building. I loved to chat with Saul while he worked on one of his special projects in the Hobby Room. He was such a craftsman and supplied many a hand made clock for someone special, or for a draw prize at the buildings social events.
Just weeks before he passed away he gave me a beautifully designed clock which hangs on our wall to remind us of a special person who passed our way.

Posted Jun 18, 2019 at 01:50pm
Dear Family Members of Sol, we wish to convey our deepest sympathies. We met Sol 2 days after we moved into the building 5 years ago. He approached us by saying " you are new to building, we have not met" from that day forward Sol always had a cheering hello and loved to share what he was doing in the woodwork shop. Sol is remembered for his kind words, great wisdom and subtle humor. We will have the wonderful memories of Sol. May you Rest In Peace my friend. Robert and Catherine Jotautas
Comment Share
Share via:
L

Dear Litman Family; I have had the privilege of speaking to Sol on the phone a few times, at Judi's house. What a character. So , talented, bright, and funny. Rest in peace, Sol. Leslie 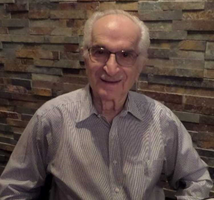