To share your memory on the wall of Giuseppe Gagliardi, sign in using one of the following options:

Joe, as he was known, was so grateful for the opportunities Canada gave him.
He worked several jobs over his lifetime with a long career at at Snap on Tools.
Giuseppe is survived by his 4 children, Emily, Maria, Lina and Frank, 4 grand children, Nick, Samantha, Ethan, and Joseph and 1 great grand child, Anthony.

He will be greatly missed but many.

We love you, papa.
Read Less

We encourage you to share your most beloved memories of Giuseppe here, so that the family and other loved ones can always see it. You can upload cherished photographs, or share your favorite stories, and can even comment on those shared by others.

Posted Nov 19, 2019 at 11:08pm
I am so sorry for your loss. Joe was the kindest soul I have ever met. While working at the nursing home, Joe always made me laugh. He brightened my days up and kept me company at front desk in the evenings. He has touched my heart in so many ways. My sincere condolences to the family. My prayers are with you all.
Olivia Gagliardi
Comment Share
Share via:
A

Posted Nov 07, 2019 at 03:54pm
We are deeply saddened by the news of your Dad's passing. Our thoughts and prayers are with you and your family.
The Landoni Family
Comment Share
Share via:
OM

Posted Nov 07, 2019 at 02:22pm
Dear Mary, I am so sorry to hear of your loss. Although I had not met your father, I felt that I had an appreciation of the man based on your warm stories of family life through the years. My sincere condolences to you and your family.
Olga Michie
Comment Share
Share via:

Posted Nov 07, 2019 at 09:29am
So sorry to hear of your loss. He was a gentleman, in the truest sense and I am happy to have met him. May all your good memories be a comfort at this hard time. Treena Hein and Mark
Comment Share
Share via: 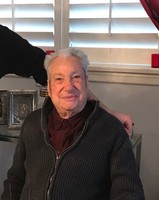 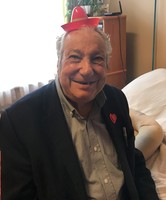 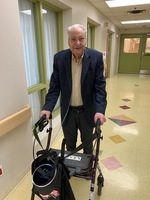