To share your memory on the wall of Franca Damiani Carella, sign in using one of the following options:

A healer in and of our community

A healer in and of our community

In her beloved Aruba, on January 17, 2020, following a brief illness, surrounded by her family and friends.
The only daughter of the late Antonio Glubavaz-Dettrico-Frangipani-Damiani, Count of Vergada, and the late Maria Bosna Damiani Visano, Franca was born July 17, 1935, in Zara, an ancient Venetian and later Italian enclave on the Adriatic’s Dalmatian coast (now Zadar, Croatia). She is predeceased by her brother Franco, Count of Vergada, her son Gregory John Meadwell, her sister Fulvia Visano Mrusek, and her daughter Dawn Carella Petrasso. She is survived by Tony, her husband of thirty-nine years; her brothers John Visano (Rose) and Livio Visano (Brenda Spotton); her children---Mara Dunlap (Sam Perri), Tina Cyr, Diana Alonso (Ramiro), and Mark Meadwell (Danuta Rosinska); her twelve grandchildren and eighteen great grandchildren; as well as nieces, nephews, and cousins in Canada, Italy, Croatia, and the United States.
Born into a noble family, whatever life Franca might have led was changed irrevocably by the assassination of her father by partisans when she was five. The next fifteen years were marked by all the miseries of imprisonment, wartime displacement and post-war refugee camps. Nevertheless, like many refugees and immigrants to Canada, Franca accomplished much. But what drove her was neither ambition nor hunger for fame; rather it was an extraordinary capacity for compassion directed to anyone in need.
One message of condolence captures that compassion. It came from a woman whose daughter, Julia, had died in a car accident when just twelve years old. When Tony first met the grieving women, he urged her to contact Franca, and she did. As she wrote:
I met with Franca last year at Vitanova. She was so gracious and open about her life, her children, and her work…She also told me about her son and daughter who are both in Heaven…Talking to her as a mother, about her sorrow and grief, helped me. I now find the more I talk about Julia, although I am sad, it makes me happy to speak her name. Your wife told me to always talk about Julia and to always find ways to honour her. I regarded Franca as a role model and kept thinking how can I do even a bit of what she has done in her life.
Franca cherished every person as an individual, paying it forward, all the time. She was a giant in our community and will be missed by everyone who knew her.
The family is grateful to the physicians and nurses at Dr. Horacio Oduber Hospital, in Aruba, for their care of Franca in her final days; to the staff of the Divi/Tamarijn Aruba, whom she befriended over the past twenty years, and who were so supportive of us all as the end drew near, and after; and especially to Mario and Gina Iacobelli, travelling companions for more than two decades---faithful friends to the end.
Visitation is invited from 1 - 4, and 6 - 9 pm, Saturday, January 25 and Sunday, January 26, 2020, at Ward Funeral Home, 4671 Highway 7 (west of Pine Valley Drive), Woodbridge. Mass of Christian Burial will take place at 11 am, Monday, January 27, 2020, at St. Peter’s Church, 100 Bainbridge Avenue, Woodbridge. Entombment to follow at Queen of Heaven Cemetery.
In lieu of flowers, the family (including everyone at Vitanova) will be most grateful for donations in any amount to The Vitanova Foundation, to support the speedy completion of the chapel she envisioned for so long and which is now under construction. To donate, go to www.vitanova.ca, click on DONATE and follow the links to the various options.

We have loved her during life; let us not abandon her until we have conducted her by our prayers into the house of the Lord. –Prayer of St. Ambrose
Ove non sei, la luce manca; ove tu sei nasce l’amor. –Leoncavallo, Mattinata
Read Less

Donations are being accepted for: THE VITANOVA FOUNDATION.

We encourage you to share your most beloved memories of Franca here, so that the family and other loved ones can always see it. You can upload cherished photographs, or share your favorite stories, and can even comment on those shared by others.

Posted Jan 27, 2020 at 10:21am
Franca was always a pleasure to speak with in the course of our work journeys. She always spoke from the heart, with great passion, care, and commitment to people experiencing challenges. She had incredible drive and ambition to make the world around her a better place. I will miss her and cherish her spirit.
Comment Share
Share via:
B

Posted Jan 26, 2020 at 12:59pm
With sincerest condolences to the family. I’m so grateful and thankful to have met Franca many years ago when she helped my husband Tony and I. Such a huge loss. She’ll never be forgotten
Sincerely,
Anna Basile, Richmond Hill, ON
Comment Share
Share via:
JH

Posted Jan 26, 2020 at 12:14pm
Tony,we are thinking of you and your family at this time of loss. Our sincere condolences.
June, Dmitri and Louise Handera.
Comment Share
Share via:
MP

We would like to extend our heartfelt condolences to you, Tony and to your entire family on the passing of Franca, your beloved spouse. To us Franca was an icon in our community. She was always ready and available to help anyone who sought her assistance. Her dream and vocation to help individuals who were victims of our society’s modern day plague was an overwhelming endeavour on her part. Nonetheless she soldiered on no matter what obstacles she encountered. Franca was truly a gift from God to all of us!
May our prayers comfort you and your family in this most painful period of your lives.
Franca and Mario Pasta 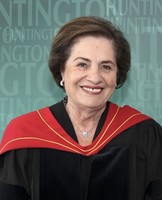