To share your memory on the wall of Hekuran Vila, sign in using one of the following options:

Hekuran was born to Riza and Venetike Vila in Panarit, Korca Albania on the blessed day of November 10th, 1930. Ours was a devoted father, an outstanding husband and a skilled person. He was a born problem-solver who often took on difficult and unwanted decisions at work and around the house. He changed his profession to become a successful hydrologist after a 15-year military career. He successfully developed professionally in his new career for 15 other years gaining the respect of his colleagues. He was a very energetic social activist for almost all his life. He volunteered in many leadership roles in the local communities where he served for almost 25 years before he retired. He would help at the best of his capacity all those in need. He was surprisingly sincere, respectful and genuine but also a clever man, full of life and optimism. Unquestionably he gained the respect of everyone who knew him.

His life was tough, but it ended up being one worth living. He believed that strong families were the bedrock of better communities and that the mission of a good citizen was to become a role model for the next generation. In this sense our father truly was a spiritual man. Sixty-five years ago our father brought forth a family full of love, honesty and respect. He succeeded because his devotion never failed. Now we and children of our children in generations to come highly promise to be loving, honest, and respectful people. This is the best way to honor his life.

A private family service was held at Ward Funeral Home in Toronto followed by a respectful escort to his final resting-place at Sanctuary Park Cemetery. A celebration of life will be announced in a later date.
Read Less

Receive notifications about information and event scheduling for Hekuran

We encourage you to share your most beloved memories of Hekuran here, so that the family and other loved ones can always see it. You can upload cherished photographs, or share your favorite stories, and can even comment on those shared by others.

Posted Mar 30, 2020 at 12:57pm
My condolences to the family. I would love to share some bible scriptures that can bring you comfort at this time and a wonderful hope of seeing your love one again. Acts 24:15” There is going to be a resurrection “. 2 Corinthians 1:3,4” Comfort when loved ones die” Hebrews 2:15” Freedom from morbid fear of death” John 5:28,29” A real hope of being reunited with your dead loved ones”. God is the Creator of life. The Bible calls Jehovah God “the source of life” (Psalms 36:9; Acts 17:24,25) The One who gave life to all living creatures is certainly capable of restoring life to someone who has died. Jehovah hates death, he views it as an enemy. (1 Corinthians 15:26) He has a longing to conquer that enemy, to undo death by means of the resurrection. He yearns to bring back those who are in his memory and to see them live on earth again-Job 14:14,15. 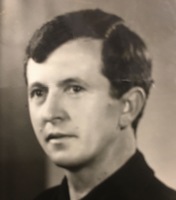 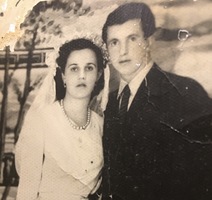 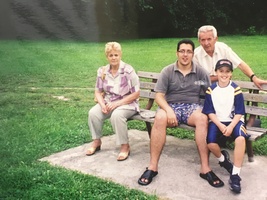