To share your memory on the wall of Ercole Furlan, sign in using one of the following options:

Ercole was born in Fagnigola, Pordenone Italy on October 7, 1927 to Antonio and Genoveffa Furlan. He came from humble beginnings, when he immigrated to Canada at the age of 26, he left his family behind and began working towards building a new life for himself and his family. Within a few years, he was able to bring his family to start their new lives. Ercole had an entrepreneurial spirit and in 1957 alongside his cousin Enzo Orlando, they opened Central Carpentry. Through hard work and determination he became a respected part of Toronto’s building community gaining the respect of his peers and those that worked alongside him.

Ercole was an avid outdoorsman, community supporter and will always be remembered for his warmth, kindness and giving spirit. He will be sadly missed by his many friends and family and his legacy and passion from a wonderful life lived will live on through them.

In accordance with current provincial guidelines, a private family service will be held at Ward Funeral Home in Woodbridge followed by interment at Queen of Heaven Catholic Cemetery. A celebration mass of life for Ercole will be announced at a later date. In lieu of flowers, and if desired, memorial donations can be made to the Heart & Stroke Foundation.
Read Less

Receive notifications about information and event scheduling for Ercole

Donations are being accepted for: HEART AND STROKE FOUNDATION OF ONTARIO.

We encourage you to share your most beloved memories of Ercole here, so that the family and other loved ones can always see it. You can upload cherished photographs, or share your favorite stories, and can even comment on those shared by others.

Posted Apr 04, 2020 at 05:37pm
Zio Ercole was a positive minded confident leader trusted and admired by many. But, above all, he was a loving family man. His demise feels very much like a passing of an era within our small circle of families that for decades took turns celebrating Christmas, New Year’s Day and Easter in each other’s homes.
With an ever-present smile and ready whit, he was always approachable and friendly; evoking a light-hearted jovial air that immediately went easily into your liking, automatically rendering him “simpatico” to most; a trait also shared by his siblings; Zio Damiano and his sister Edda Babbo.
Our many, many memories are secondary to how he made us feel during his time with us. It is those good feelings that we are left with that will take us back, remembering him fondly as we recount. To us, that is the reason why Zio Ercole will be thought of affectionately and missed; reminding us that our world was made a little brighter by having had him in our lives.
To Zia Vittoria, Tony, Adriana, Roy, Cindy and Kayla, we share your grief deeply, offering our heartfelt condolences! His passing has left a huge void that is not easily filled.

I am very sorry to hear about your loss. We wish you and your family strength and our prayers through this difficult period. He had quite a life, surrounded by family and friends, which should be celebrated.

Posted Apr 03, 2020 at 03:44pm
Ercole was an extraordinary man, father, grandfather, uncle and friend. There are many of us who will deeply mourn his passing. He was always a pleasure to be around as he was a very kind and loving person. We will always remember his contagious smile and laugh. May he join the rest of the Angels in heaven. Love Ivano, Marina, Amanda, Ashley and Olivia.
Comment Share
Share via:
FL

Posted Apr 03, 2020 at 03:29pm
I am really sorry for your loss. I still remember him. He was welcoming, extroverted and loved his family on top of everything. Definitely one of the most interesting and kind people I met in my holiday in Canada.... Take care, miss you all 💞 Condolences Kayla also to your dad from me, mamma, nonno Lino and nonna Rosetta! ❤️
Comment Share
Share via:
HS 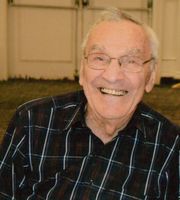 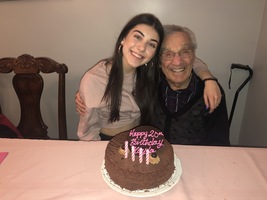 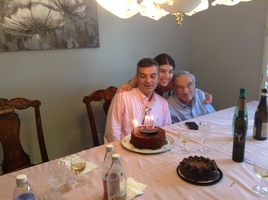 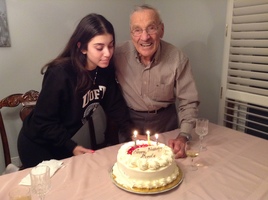