To share your memory on the wall of Kalman Roller, sign in using one of the following options:

Print
On May 21st 2020 Kalman Frank Roller passed at home peacefully in his bed with his family by his side after a 15 month battle with brain cancer. He is survived by his wife of over 40 years, 7 children and 12 grandchildren.

Dad's dre... Read More
On May 21st 2020 Kalman Frank Roller passed at home peacefully in his bed with his family by his side after a 15 month battle with brain cancer. He is survived by his wife of over 40 years, 7 children and 12 grandchildren.

Dad's dream was to be a pirate, to live a life of adventure, sailing the 7 seas, but instead he chose the adventure of being a corporate executive, a husband, a father, a grandfather. He grew up in a small town in Hungary as the eldest of 4 brothers, immigrated to Canada where he built his career as a Pharmaceutical Executive and expanded to China where he resided for 15 years.

After retirement, he continued to explore the world, play tennis, master Mandarin, and most of all spending time with his family and curiously learning about the younger generations.

Dad was a leader, mentor, and inspired many to be their best. He believed in a constant pursuit of balance, happiness and knowledge. At the same time, always brought a positive attitude and a spark of light at every gathering. When the music was on, there was no stopping him.

On his tomb stone he requested it to say:

"Here lies a man who lived his dreams"


There has been a number of requests for donations and gifts. In light of dads battle against brain cancer, Mom Roller has asked that all donations go towards the brain cancer research at Trillium where he received treatment.

Receive notifications about information and event scheduling for Kalman

We encourage you to share your most beloved memories of Kalman here, so that the family and other loved ones can always see it. You can upload cherished photographs, or share your favorite stories, and can even comment on those shared by others.


On behalf of the colleagues of the University of Sopron, I wish to convey our deepest condolences on the loss of your husband and father.

Kálmán Frank Roller was not only the son of Kálmán Roller, former director of the College of Forestry in Sopron, Hungary, but a respected and renowned research pharmacist who visited 36 countries and resided in China for many years.

He cherished with love the memory of his father with his brothers, all of whom maintain relations with the Sopron Alumni in Vancouver. Together with his brother, István, they always visited our university (successor of the College of Forestry) during their visits to Hungary, and they were delighted to take part in the university commemorations of the round anniversaries of the 1956 revolution and fight for freedom in 2006 and 2016. They aided the research on the history of the Sopron Division with copies of original documents and recordings by processing their father's legacy documents, which are now preserved in our archives.

Our sincere thoughts and prayers are with you. 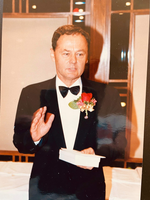 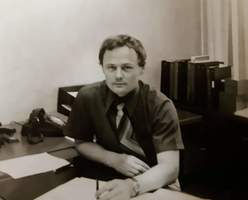 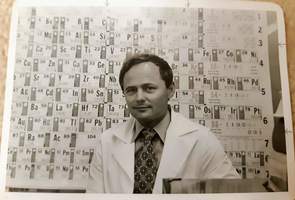 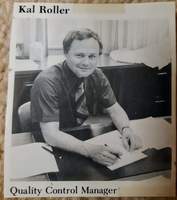